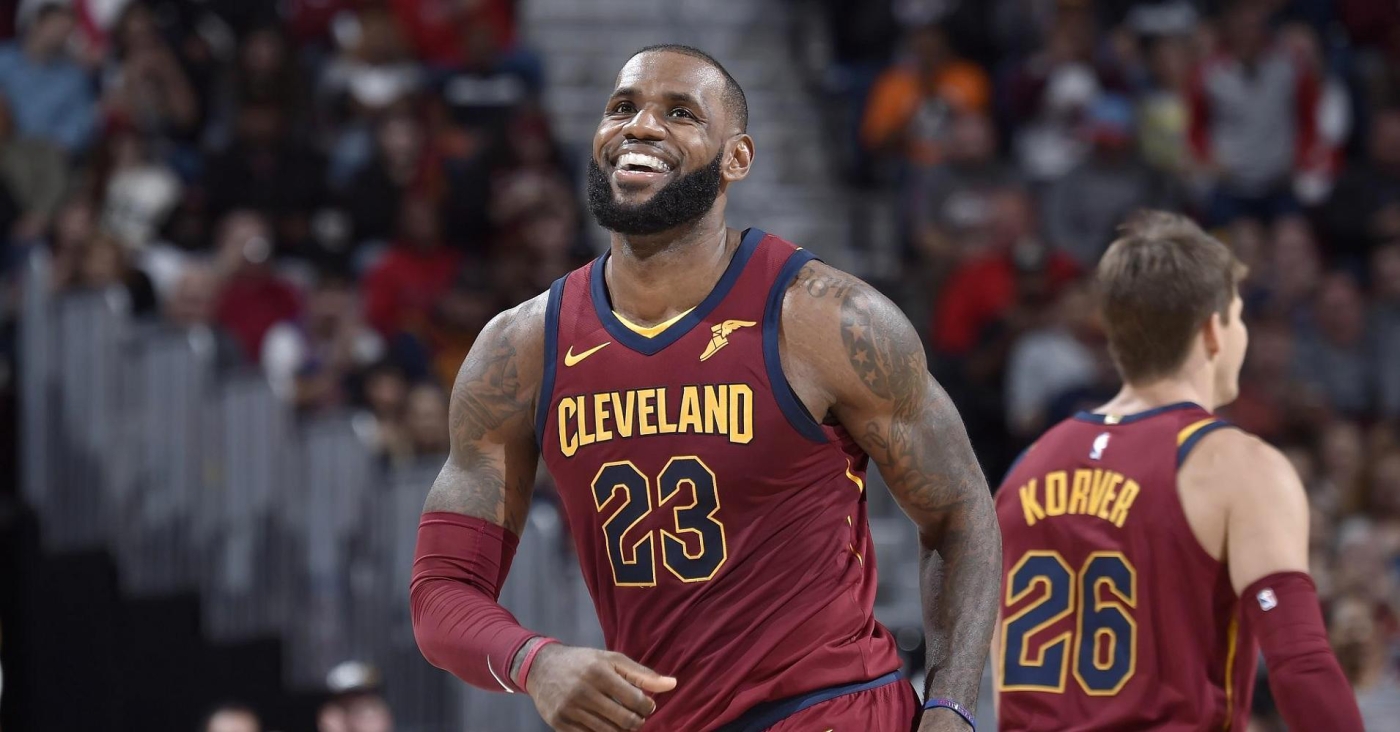 To say the 2017-18 season has been rocky for LeBron James and the Cleveland Cavaliers would be a bit of an understatement. Before the season they traded a top-20 player in the league to a conference rival, signed an aging shooting guard, and decided on a complete roster upheaval at the trade deadline. Yet as of today, the Cavs have won 9 of their last 10 games, are locked in a battle for the three-seed in the Eastern Conference, and it appears as if LeBron is on a path to make an eighth-straight NBA Finals appearance.

In the first half of the season the Cavs were old, slow, and did not gel with one another. Isaiah Thomas needed the ball in his hands just as much as LeBron, Jae Crowder and Dwyane Wade looked like shells of themselves, and the defense was atrocious. With the subtraction of the players mentioned above, the additions of Larry Nance Jr., Rodney Hood, Jordan Clarkson, and George Hill, and the contributions from guys who were previously buried on the bench (Cedi Osman and Ante Zizic), the Cavs have turned their season around. They are more athletic, more versatile on offense and defense, added more three-point shooting to spread the floor, and most importantly, they can play at the pace LeBron wants to.

Toronto and Boston appeared to be head and shoulders above the rest of the Eastern Conference for most of the year. In the past month or so, that narrative has changed. Toronto’s vaunted defense and league-best second unit have struggled. The Raptors are allowing opponents to shoot 49% from the floor, the second-worst mark in that time span. Their struggles were most apparent by going 0-2 against the Cavs in the previous two meetings. The latest being on Tuesday night. The Celtics, rather impressively, have been able to maintain the second-seed without Kyrie Irving and Gordon Hayward. However, it was announced today that Kyrie would be out for the entire playoffs. This turns Boston from a contender to go to the Finals into a team that will be lucky to get out of the first round. The road to the Finals in the East is wide open.

LeBron James is a freak. In his 15th season, at the age of 33, he is averaging 27.4 points, 9.1 assists, 8.7 rebounds per game, and shooting 36% from 3-point land. Those numbers would be his 5th-highest scoring, the best rebounding and assists seasons, and the third best three-point shooting year of his career. That is absolutely incredible. The guy loves his wine and ages like it too. The floor spacing that he has at his disposal has allowed him to make his patented bulldozer-style drives to the basket even more dangerous. When he gets into the paint, if the defense collapses, he can kick the ball out to teammates that he has confidence in to score. If the defense stays out on the shooters he has an easy shot at the rim.

The road to the finals will not be easy for the new-look Cavs. Philadelphia is a good, young team that has a superstar in Joel Embiid. The Wizards and Pacers will be formidable as well. But, the road looks much easier than it did a couple of months ago. Plus, when you have the best player in the world on your team, anything is possible.